Apocryphal Gospel of Peter and Jn 8:1-11

The following is an excerpt from the Article by Nazaroo on G-Peter. 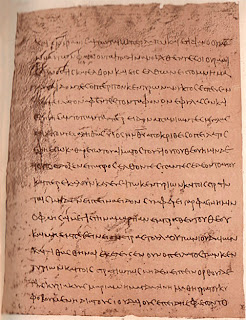 The Gospel of Peter does not quote John 8:1-11. Yet it provides an interesting piece of circumstantial evidence which, while by no means 'proving' its existance and placement in the 2nd century, can only be interpreted as a mild positive inference.
The 'Gospel of Peter' (GPeter) is agreed by most scholars to be a 2nd century production, secondary to the canonical Gospels. Nonetheless its existance in some form by the mid 2nd century is confirmed by its mention by early Christian writers, and some smaller found fragments.
The next significant fact regarding GPeter is that whoever wrote it appears to be familiar with the (real) Gospel of John. Of particular note is the detail given regarding the taunting of the soldiers:

This appears to be a plain reference to John 7:24,

This particular way of expressing things only appears in John. The concept is more developed and simplified in Matthew for instance:

GPeter 3:2 (v7) then, seems most closely related to John 7:24, and appears to have been inspired by that Gospel. While this does not 'prove' a dependancy upon John, the evidence is in favour of this view and has some substance.
But if we accept this plausible and reasonable premise, something else becomes immediately of import:

GPeter records the soldiers actually mocking Jesus as a judge, a back-reference to something in His earthly ministry that relates to this theme.
If the Gospel of John contained only the terse saying in Jn 7:24, but no actual 'trial-like' incident such as the one immediately following (John 8:1-11), then this would be non-sequitous, and almost inexplicable.

'What's the big deal?' the reader might ask, upon reading GPeter. What is GPeter trying to say?

But if we assume that the Gospel of John was in the basic form we have it now, complete with the incident of John 7:53-8:11 in its traditional place, at least by the middle of the 2nd century A.D., then immediately the story detail in GPeter becomes obvious.
The "Judeans" (scribes and Pharisees) are furiously mocking Jesus because He had in fact 'acted as a judge', making a ruling which humiliated and defeated His accusers before all of Israel. And now both the motivation and specific reference to this unique act of revenge recorded in GPeter becomes clear.
Whether or not John 7:53-8:11 is authentic or was found in every copy of John is not the main point. Its simply this: GPeter may have known of it and had apparently accepted the story as an authentic tradition about Jesus in the mid 2nd century A.D., and his knowledge of the passage appears to have come from John's gospel.
While this evidence is only circumstantial and indirect in nature, its preponderance is in favour of the existance of John 7:53-8:11 in John's gospel, however slim this preponderance may be.

Of special significance is the unexpected testimony regarding grammar and style that GPeter unconsciously provides. It was formerly argued (by Samuel Davidson in 1848 and others) that as a matter of style, John the Evangelist preferred words like "πρωιας" for "early morning" and that the presence of "Ορθρου" in the Pericope de Adultera (v. 8:2) was a "Lukanism" (it also appears in Acts), indicating that John 7:53-8:11 was by another hand.
Yet the 2nd century Greek author of Gospel of Peter clearly used both expressions, ("πρωιας" 9:1/ v34 & "Ορθρου" 12:1 / v50 ) and had no stylistic preference for one or the other. Whether or not GPeter varies his vocabulary for reasons of style or for precision of meaning hardly matters. The point is that a near-contemporary of John the Evangelist found no difficulty in using both expressions, just as they appear together in the Gospel of John.
If someone were to object that GPeter must have copied this conflated stylism from John, then obviously the author of GPeter inadvertantly testifies of the presence of the Pericope de Adultera in John's Gospel.

Luke and the PA

Posted by Nazaroo at 3:07 PM No comments: